The History of hCG and Calorie-Restricted Weight Loss World-famous endocrinologist Dr. Albert T. W. Simeons ﬁrst proposed the concept of a calorie-restricted diet incorporating doses of human chorionic gonadotrophin (hCG) and reﬁned this concept into a workable protocol in 1954. Dr. Simeons observed that pregnant women in poverty-stricken countries, though underfed and malnourished themselves, would still give birth to normal, healthy babies. Human chorionic gonadotrophin, a hormone produced by women during pregnancy, mobilizes non-essential fat stores to provide energy to the developing fetus. To learn more about Dr. Simeons’ research.

The human body contains three types of fat. Structural fat resides around joints and organs to provide protection and support. Normal or essential fat reserves are distributed evenly throughout the body and are used as a day-to-day source of energy. Structural and essential fat are both considered “normal.” The third type of fat is abnormal, secondary, or non-essential fat. This “obesity-causing” fat tends to accumulate around the hips, thighs, waist, stomach, and buttocks, and behind the upper arms (in women) and the upper chest, back, and neck (in men). They are not released during normal diet and exercise but are retained as “emergency” reserves and usually only released as a last resort in instances of severe long-term starvation. But they are also released—and available to be burned—during pregnancy or during periods of inadequate caloric intake. This is the key to weight-loss protocols based on these types of calorie-restricted diets.
Dr. Simeons observed that obesity is nearly always accompanied by a depressed metabolism and a nearly constant state of hunger, which often includes intense cravings. He further observed that “many obese patients actually gain weight on a diet which is calorically deﬁcient for their basic needs.” Determined to ﬁnd the cause for a phenomenon that seemed counterintuitive, Dr. Simeons discovered that the diencephalon—a primitive part of the brain responsible for the basic functions of the body such as breathing and the beating of the heart—also directs the storage and use of fat. He believed that resetting the diencephalon is key to accessing and releasing non-essential fat stores.

The Evolution of Calorie-Restricted Dieting Based on Simeon’s ﬁndings regarding calorie-restricted dieting and his success with obese patients, our drop manufacturer enlisted the help of some of the world’s top endocrinologists and doctors to make an even better protocol to support a practitioner-supervised weight loss plan that did not contain hCG. Researchers have established that the human chorionic gonadotrophin molecule is comprised of 244 amino acids in two ribbons or chains. Research has demonstrated that only small portions of these chains actively contribute to the molecule’s positive eﬀects on body composition.  drop  it’s Metabolism Manager delivers AACG-A and AACG-B (the only active portions of the molecule) in a bioidentical format. The homeopathic dilutions of these active amino acid chains help relieve the many uncomfortable symptoms associated with calorie-restricted weight loss plans, including hunger, low energy, poor mood, and fatigue. Additionally, Metabolism Manager contains 21 time-tested supportive homeopathic ingredients for a more complex approach to weight-management support. Taking Metabolism Manager alone will not result in any weight loss or improvement in body composition. This product works best as part of a practitioner-supervised weight-management plan, such as the drop it Program.

Step 1
Detoxification & Regulation Every weight-management program should be accompanied by a comprehensive detoxiﬁcation program. The body’s non-essential fat reserves serve as a depository for toxic substances. Heavy metals and other toxins are encapsulated in the fat to remove them from circulation. As that fat is solubilized, the toxins will be released into the bloodstream. Without proper support, the body’s elimination systems will be overwhelmed by the increased ﬂow of toxins. The immune system becomes inhibited, leading to a clearing reaction and other symptoms of toxicity. Without proper detox, the long-term success of these protocols is at risk.  Our Metabolic Detox, Metabolism Manager, and B-more provide those necessary elements for a successful detox and proper fat loss.

Step 2
Rapid weightloss using the drop it program
1. Homeopathic drops to detox and increase utilization of fat for energy
2. Restricted calorie diet to unlock the fat
3. Support and accountability is provided by the drop it team

Several weeks following the calorie restricted portion. This is when the foodscan (Zyto Scanner) and the DNA swab are used as guides for a life long eating plan for each individual client. Our registered dietitians will customize this for you.

Follow the plan set forth in step 3 and keep track of weight very closely. This phase can be used to maintain or lose more weight depending on what the goal is.  These steps are repeated as needed to reach the individuals goals for health and weight.  This will be the last diet you ever do!

Here are a few points to keep in mind:

• Patients who choose to follow the Lean-Body Protocol can realistically expect to lose 10-15% of their body weight in 6 weeks. But each person is unique and weight loss varies between individuals. They should complete their own journey and not compare their weight loss to family and friends.

• It is crucial to continuously track inches lost and pay attention to how clothes ﬁt. Pounds lost are only one way to track weight loss, and only looking at pounds can be deceiving, especially when patients get close to their goal.

Please view the video below to learn about the Zyto Foodscan!

Metabolic Detox – Every weight-management program should be accompanied by a comprehensive detoxification program. The body’s non-essential fat reserves serve as a depository for toxic substances. Heavy metals and other toxins are encapsulated in the fat to remove them from circulation. As that fat is solubilized, the toxins will be released into the bloodstream. Without proper support, the body’s elimination systems will be overwhelmed by the increased flow of toxins. The immune system becomes inhibited, leading to a clearing reaction and other symptoms of toxicity. Without proper detox, the long-term success of these protocols is at risk.

Metabolism Manager — This revolutionary comprehensive homeopathic product combines 23 ingredients that temporarily relieve the symptoms that commonly occur with weight loss such as hunger, low mood, and fatigue. This formula should be used in a practitioner-supervised weight-loss plan. Two of the active ingredients in Metabolism Manager are homeopathic dilutions of AACG-A and AACG-B. These amino acid chains are bioidentical to certain active amino chains in human chorionic gonadotropin molecule. Along with the other 21 time-tested homeopathic supportive ingredients, AACG-A and AACG-B temporarily relieve symptoms that accompany dieting such as “hunger, headache, fatigue, and mood swings.

B-More – Performance of a vitamin supplement is dependent upon two distinct factors: absorption and bioavailability. drop it B-More provides the best of both by providing activated forms of B-vitamin in a nano-technology liposomal delivery system. Though there are many B-vitamin products on the market, most use synthetic or inactive forms of vitamins B6, B12, and folate. These products must then be converted by the body via a series of reactions so they can actually be utilized. drop it B-More was developed to give the body a boost, not create extra work, which is why we only included the co-factor

Appetite Control — Appetite is not always physical. Many people feel hungry or experience cravings when they are under stress or otherwise emotionally impaired. Appetite Control was formulated with several homeopathic ingredients that have been used traditionally to temporarily relieve symptoms such as emotional issues, cravings, and hunger. 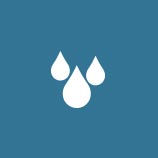 Lose weight, get healthy and have a life-long weight loss plan customized for you using your DNA. 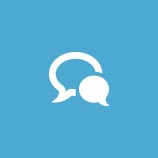 Learn more about the revolutionary HA2CG homeopathic solutions. You have questions, we have answers. 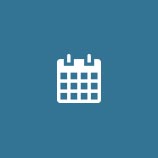 Schedule a time for your initial consultation to start down the path for success.